“The successful delivery, by telecoms network provider enet, of a 1-Gigabit-per-second fibre broadband network in rural North Kerry is not just the first step in the Government’s plan to eliminate the digital divide between rural and urban areas, but is potentially a significant boost for counties Clare and Limerick, where high-speed broadband connectivity is an essential requirement in rural areas ” said Barry O’Halloran, chief executive of Clare and Limerick-based BBnet.
BBnet participated in enet’s €650,000 Co Kerry pilot project, which was constructed and activated to showcase enet’s capability to deliver the Government’s National Broadband Plan (NBP). It is expected that once the NBP tender process is completed that ultra fast broadband will be rolled-out to all counties in Ireland, over the next five years.
The Co Kerry network, which was officially launched last Friday by An Taoiseach, is a significant first step in this direction and BBnet, as one of the service providers who, facilitated by enet’s open access model, can now provide their broadband and telephony services across this world-class fibre infrastructure.
“The successful activation in Kerry, where customers are now enjoying ultra-fast broadband speeds is a first step in eliminating the country’s digital divide, and we look forward to being a contributor to the National Broadband Plan,” added Mr O’Halloran.
As stated by An Taoiseach, Enda Kenny last week: “The National Broadband Plan is an essential component of the Government’s plan to keep the recovery going by providing the necessary infrastructure for economic growth and job creation. The Government is determined to eliminate the digital divide between rural and urban areas by delivering high speed broadband to all non-commercial rural areas by 2020. Funding for the roll-out of this has been allocated in the Government’s capital plan.”
BBnet started out 10 years ago to provide broadband in rural areas, where larger providers would not deliver their broadband services. At that time 1Mbit/sec, was a fast internet connection. 10 years later, 1,000 Mb/sec (or 1Gb/sec) is considered to be a fast connection.
“We are delighted to now be in a position to provide these speeds, as demonstrated in rural North Kerry, as part of the enet’s fibre to the home project, and showcase our capability to deliver the National Broadband Plan, through enet.
“BBnet is passionate about providing quality broadband services in rural areas and have invested to be in a position to be able to utilise the latest fibre technologies to provide ultra-fast broadband, as fibre infrastructure becomes more prevalent. This Co Kerry pilot project is one more important step in bridging the rural/urban digital divide,” added Mr O’Halloran.
For further information on this project, please contact BBnet on 061 512000

BBnet would like to take this opportunity to formally wish all of our customers and partners a very Merry Christmas and a Happy New Year. We also wanted to make sure that we let you know in plenty of time our opening hours over the Christmas period.

From Monday 9th September, BBNet extend our customer support hours and are now available from 08.30 until 7pm each Monday to Thursday, and until 6.30pm on Fridays.

To ensure that bandwidth is shared as fairly and evenly as possible, we operate what is known as a Fair Usage Policy. It is what the title suggests, and is in place to ensure that one user is not essentially “hogging” the bandwidth. 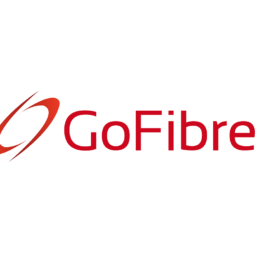 GoFibre, our high speed fibre service is proving very popular at the moment and the rollout of the network has continued throughout the summer. With speeds of up to a massive 1Gb, and completely unlimited usage, this is as fast as it gets! Some recent areas added to the GoFibre network below :

Why am I ‘maxing out’ my connection? Often, when someone is experiencing slow speeds on their broadband it is due to them maxing out their connection. What does it mean to ‘max out’ your connection? In simple terms it means…

In April 2014, work commenced on the government’s  National Broadband Plan which is a Government initiative for the provision of high speed broadband to all premises in the country – through a combination of commercial and State investment. Unlike previous government interventions in…

Fibre powered, high speed, completely unlimited broadband is now available in many areas across our customer base. With download speeds of up to 100Mb, and totally unlimited usage, you can download, game, stream video and music to your hearts content on…